EPF takes a stand on the EU Transparency Directive 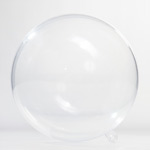 National measures on pricing and reimbursement of medicines have a direct impact on patients’ access to therapies. This is why on 1 October we released our position statement on the so-called Transparency Directive (Council Directive 89/105/EEC). Overall, EPF welcomes the Commission’s proposal as it marks a step forward for more transparent and effective processes. However further steps are needed to strengthen good governance and improve patients’ access to therapies.

The Transparency Directive sets rules for the administrative procedures relating to pricing and reimbursement decisions at national level.  While Member States remain responsible for setting national pricing policies and conditions for reimbursement, the Directive provides a harmonised framework to ensure a timely and transparent decision-making process.

Delays in access to medicines, and therefore in treatment, have a long-term economic cost to society and lead to deterioration of health and reduced life expectancy for the patient. The wide divergence in affordability and accessibility of medicines across the EU are a main factor behind health inequalities.

In this context, EPF welcomes measures for shorter time limits to take decisions, and  the inclusion of all necessary steps in the time limits in which decisions should be made, including conduct of Health Technology Assessment . We also welcome the provisions that aim at bringing clarity to the assessment process.

However EPF considers that key elements are missing from the Commission’s proposal, namely stakeholder involvement and real transparency: the concept of “transparency” is now understood to apply much more widely than at the time the Directive was adopted. Citizens have a right to know what decisions are taken, by whom and with what criteria.

Enormous progress have been made in the engagement of civil society, including patients’ and consumers’ organisations, in all aspects of public policy. The revised legislation should include requirements for public transparency and appropriate stakeholder involvement in the way decisions on medicines are taken in Member States.

EPF will advocate strongly to ensure the draft Directive ultimately results in strengthened  good governance, accountable, timely and transparent decision-making in the EU Member States on medicine pricing and reimbursement decisions .  We will liaise with other stakeholders, EU institutions and Member States to ensure we cooperate in order to modernise Directive 89 in a way that is centred on meeting the needs of patients.

The proposal is scheduled to be voted in Committee in November 2012 and in plenary in January 2013. The Council has held initial discussions, and the deliberations are expected to continue into the Irish presidency in 2013.