Caring for carers of those living with schizophrenia 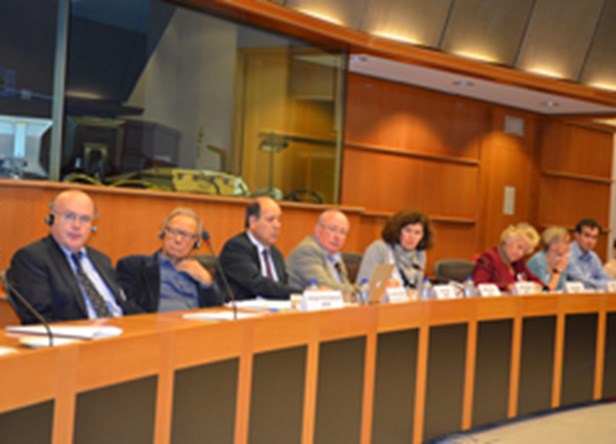 World Mental Health Day, celebrated annually on 10 October, shined a light this year on those living with schizophrenia.  Our Member, the European Federation of Associations of Families of People with Mental Illness (EUFAMI), shared the initial results of their major family carer survey[1]“Caring for Carers” [C4C] on this occasion.

“The stigma and taboo surrounding mental illness do not only affect the patient. Great is the ignorance and incomprehension of the outside world and even of the close family. I want to infringe the taboo and give a voice to those who can’t or don’t dare to stand up for themselves. As a mother, I feel valued and empowered by the fact that I try to do something positive with a negative life experience”, testified a mother of a person living with schizophrenia to show the social determinants that lie behind the disease.

In line with this year's theme, the first EUFAMI research’s outcomes focus on family carers of relatives directly affected by schizophrenia. They perform their caregiver role as a part time job which places a huge emotional and physical burden on them, due to the undetermined and long-term nature of schizophrenia.

Approximately 10 million family carers in the EU support their child or sibling with a serious mental health condition on a daily basis. This is a massive and valuable contribution, not just to individuals, but to society as whole and to the financially strained healthcare systems across Europe.

“This hidden workforce of family carers is a lifeline for society and we must take steps to ensure they are fully recognised for their contributions and they are supported in order to allow them to continue caring effectively and safely for their loved ones, without putting their own physical and emotional well-being at risk,” said Kevin Jones, Secretary General of EUFAMI.

With this constant level of pressure, a third of carers are reported to be reaching ‘breaking point’ and feeling they cannot carry on with things the way they are. The findings emphasise the urgent need for action from both governments and society to recognise the role of carers, their contribution and the need to provide support and hope for their future.

You can follow the conversation around the C4C Survey and World Mental Health Day on EUFAMI’S Facebook page and on Twitter using the hashtags #WMHD14 and #LivingWithSchizophrenia.

[1] EUFAMI’s research is at its first phase and covers now five countries in Europe (France, Germany, Italy, Spain and the UK) as well as Australia and Canada. It will extend over 25 countries with full results planned for publication in spring 2015.