Unmet needs of patients regarding nutrition 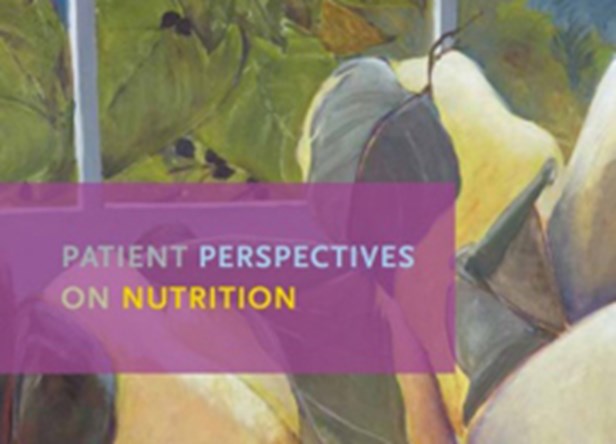 © Cover of the book “Patient Perspectives on Nutrition

EPF Secretary General Nicola Bedlington attended the “Optimal Nutritional Care for All” conference on 4-5 November in Brussels. The event was organised by the European Nutrition for Health Alliance (ENHA) with whom we held an event in 2013 to launch the booklet on nutrition published on the initiative of our member, the European Genetic Alliances Network (EGAN).

Appropriate screening to identify patients at risk is essential. Chronic diseases patients and older patients are indeed more vulnerable to risks of malnutrition and under nutrition. This may lead in turns to increased risk of infections and complications, increased hospitalization, longer hospital stays and increased risk of death.

For patients, receiving optimal nutritional care is key but it encompasses more than treating under -nutrition. It means integrating nutrition in the care continuum, in prevention, treatment and management of their disease. As Olle Ljungqvist of EHNA noticed, “we have to look at care not in silos but along the patients’ journey, which is usually quite complex”.

Cees Smit of EGAN illustrated the lack of information on nutrition for patients with the example of the book ‘Ongezouten’ which means ‘Unsalted’ (pictured). Written by a Dutch actress Olga Zuiderhoek whose partner developed liver problems, it describes their journey to find out how to prepare meals without using salt.

In her conclusion, Ms Bedlington reiterated that patients should be part of a multi-stakeholder approach to improve nutritional care across Europe. M. Smit further suggested the idea of a partnership between EPF, EGAN, EHNA and patient groups willing to be more involved in nutritional issues.

He concluded: “We had two meetings on this topic in the Netherlands and we hope to formalise it in the beginning of next year and Europe could be a next step.”