EPF Regional Advocacy Seminar 2016: Patients in the footsteps of Members of the European Parliament 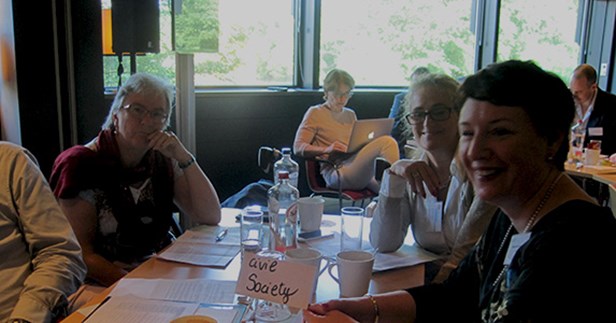 On 6-7 June 2016, 40 patient leaders from Belgium, Germany and the Netherlands met in The Hague (NL) for the eighth EPF Regional Advocacy Seminar, held under the auspices of the Dutch Presidency.

The objective of the seminar was to look specifically at the important role that patient organisations can play in the European decision-making process.

“The support of national and local patient groups is essential to convince decision-makers here in Brussels”, said Nicola Bedlington, EPF Secretary General. “They simply know best what is happening on the ground: they can contribute with their views and experience to the policy discourse and they can ‘live’ and report on the effective implementation of directives and regulations adopted at European level.”

The first day aimed to explore the European health policy arena. Who are the main stakeholders in European health policy and what are their respective roles? How approachable are they? And where in the policy cycle can patient advocates contribute most efficiently? Participants were also invited to reflect on the tools at their disposal to get their message across at national and European level. “Advocacy is raising awareness, educating decision-makers and taking actions. It cannot be summed up to a single activity”, concluded one of the participants.

On the second day, participants ‘became’ Members of the European Parliament, having to decide health priorities for the next seven years. During the course of the role play simulating the legislative process within the Parliament, they sometimes had to prioritize their political group’s preference over their individual choice. They also could experience lobbying from different stakeholders’ groups, including civil society and industry.

While the stated goal of this seminar was to strengthen patient organisations’ capacity to become more empowered actors in the national and European health policy arena, the interactive format of the meeting also allowed for extensive networking between patient leaders from the region.