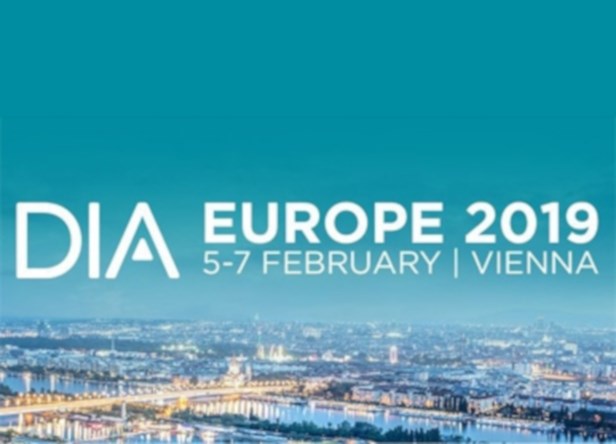 Earlier this month, DIA held its annual European conference in Vienna, Austria. EPF welcomed the “Patients Included” label at the event, as well as a patient fellowship programme. With this programme 10 patient representatives, including some EUPATI fellows, supported by EPF staff Matthew May and Mathieu Boudes (coordinators of the EUPATI and PARADIGM projects) received a fee waiver, and five of them had their travel costs covered by DIA. The powerful words of David deBronkart, cancer survivor and famous blogger on patient engagement, opened the conference. In her blog, Teresa Finlay from Oxford University said ”[deBronkart] described how conventional assumptions about patients are “broken” as people now have access to information and support from numerous sources via the internet. Coupled with their motivation and focus on their condition and their treatment options, access to information has changed patients forever; they are now co-producers in healthcare research and delivery and need to be welcomed as equal players”.

This was the backdrop to many of the discussions in Vienna this year.

Marco Greco, EPF President and member of the EMA Pharmacovigilance Risk Assessment Committee, until recently, spoke on education and communication at a session outlining current developments on pharmacovigilance throughout Europe.

Our Secretary General, Nicola Bedlington, who was a member of the DIA Europe Conference Advisory Board this year, chaired a DIAmond Session on ”Patient Engagement as a Strategic Imperative in Therapeutic Innovation”. Among the panellists were Dimitrios Athanasiou, Board member of the World Duchenne Organization, member of the Paediatric Committee at the EMA, and EUPATI Fellow; Pierre Meulien, Executive Director of the Innovative Medicines Initiative; and Guido Rasi, Executive Director of the EMA. Guido Rasi’s statement confirming that the EMA will play its role “to make patient engagement the norm by 2025” was especially promising. Rebecca Vermeulen, representing Roche, also spoke passionately about the sea change within industry on patient engagement, and collaboration through the Patient Focused Medicines Development Initiative (PFMD) and PARADIGM.

As a speaker in one of the “content hubs” (minor presentation platforms spread out through the exhibition hall) Matthew May presented the EUPATI project to an audience specifically interested in patient engagement. In addition to outlining the success to date of EUPATI, the audience was given a preview of current initiatives in the pipeline aimed at shifting EUPATI towards a state of medium and long term sustainability.

As one of the many members of the EUPATI consortium, DIA took the opportunity to show their support not only for patient engagement, but to EUPATI itself. This came from consistent messaging throughout the conference on patient education and the role that EUPATI plays, but also in financial terms: by donating €1 for every completed participant survey, a portion of revenue from seats at their VIP reception, and by collecting spare change from attendees at the DIA lounge. All funds raised by DIA will be used to sponsor travel for trainees for the 4th Patient Expert Training Course, due to launch in 2019.

In the framework of DIA’s focus on young professionals, EPF Project Officer Lyudmil Ninov and Senior Programme Manager Valentina Strammiello led a session about the next generation of patient advocates and why patient advocacy is the stepping stone to better healthcare. Lembe Kullamaa, young patient advocate and member of the EPF Youth Group, also took part in the panel as a speaker. She stressed the fact that the voice of young patients is underestimated and highlighted the need for change.

The next DIA Europe meeting will be organised in Brussels in 2020: stay tuned for more information. 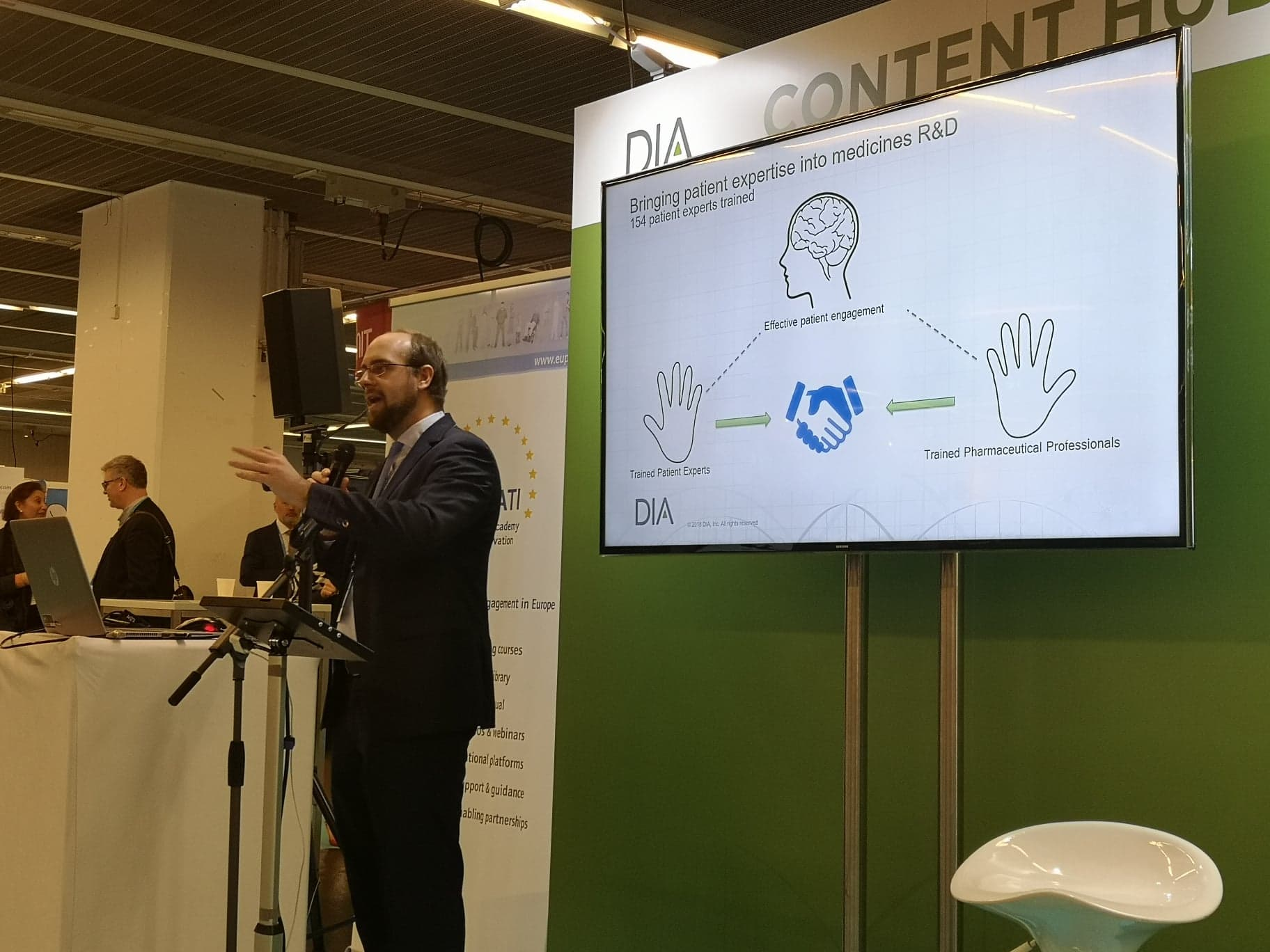