HTA: Improvements in Parliament but Still More Work to do 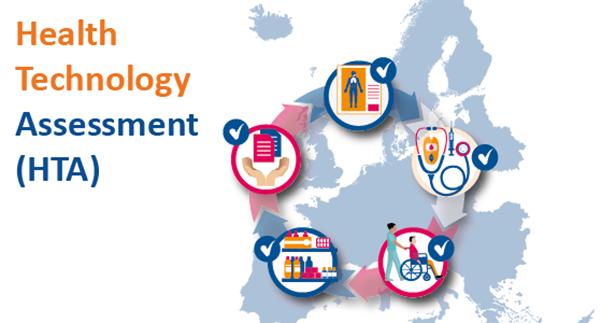 Over the summer there have been interesting developments on the Commission’s legislative proposal for collaboration on Health Technology Assessment at EU level.

While DG SANTE collected inputs from stakeholders to improve the proposal, the European Parliament worked on its position under the leadership of MEP Soledad Cabezón Ruiz. On 12 September The ENVI committee agreed 62 compromise amendments, which will be voted by the full Parliament in the first plenary session of October.

EPF had called for a number of changes to the original proposal to better incorporate the patients’ perspective. Although some improvements have been made by the Parliament, there are still important issues outstanding.

In our view the scope of the legislation should be broad, and we support the inclusion of medical devices. References are made to patients and patient organisations in many parts of the text, which is clearly a step forward.

Patient involvement remains the biggest shortcoming. Patients are not included in the Coordination Group, which in our view weakens the governance .The Stakeholder Network does make reference to patient involvement, which is positive, but it remains unclear which organisations will be allowed to participate. Our view is that rules on representation and management of conflicts of interest need to be developed separately, and the rules of the European Medicines Agency can be taken as a starting point.

On transparency, we particularly welcome a mention of “summary reports in lay-friendly format in all official EU languages” to be published on the EU online portal. This is vital to empower patients and citizens across the EU, given the complexity and technical nature of HTA.

Once the Parliament adopts the ENVI position, a final agreement will be closer. The Council, however, plays a critical role. Statements by Health Attachés imply that any agreement in Council is likely to be radically different from the original proposal and the Parliament’s position, due to the highly divergent perspectives between Member States.

France and Germany have developed their own version proposal, without mandatory uptake of joint clinical assessments. In a recent meeting at the European Parliament, the German Health Attaché declared that the joint proposal has been passed to the European Commission and Council, and called for financial resources for future HTA collaboration in the post-2020 budget.

We believe it would not be appropriate to allocate further public funds to support a purely voluntary collaboration at EU level, given that in EUnetHTA over the last 10 years the voluntary nature of the uptake of joint work has caused much duplication of work. It would also undermine the expectations of patients in terms of more equitable access to new and effective treatments.

HTA is still a field with high discrepancies between EU countries in terms of methodologies used and capacity to deliver. We welcome the opportunity to further discuss the proposal and identify mutually acceptable and sustainable solutions. Read the EPF position paper on HTA for more details of our views.