Universal health, a matter of Human Rights and a public health priority 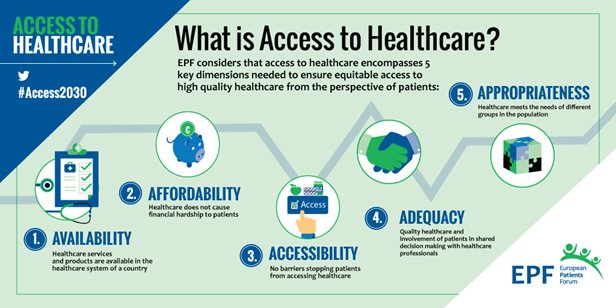 On July 27th, the Spanish Parliament validated the Royal Decree 7/2018 on universal access to Spain’s national health system. This norm represents an important change of model in healthcare. Until then, the right to assistance in the national health system was based on the condition of citizenship, and its recognition was therefore separated from the condition of insured or beneficiary. Again, access to public health, under conditions of equity and universality, is a basic right of every person. As the Minister of Public Health,Mrs. Carmen Montón, pointed out, "Health does not understand borders, or identity cards, or work or residence permits."

With this new norm, Spain recovers the spirit of universality of the General Health Law promoted in 1986 by the socialist minister Mr. Ernest Lluch, and the subsequent Public Health Law of 2011. Universality that was drastically abolished in 2012 with the approval of a Royal Decree 16/2012 by the Popular Party, that restricted the right to universal health for undocumented immigrants, citing budgetary reasons and in an attempt to avoid the so-called sanitary tourism, without citing any report on the savings that this measure would imply for the system. A norm widely contested by most opposition parties, professional sectors within Spain’s health industry, scientific societies and other social organizations, which initiated a series of mobilizations through various platforms to achieve its repeal.

The elimination of the right to health as a universal right, in the opinion of its detractors, posed a serious public health problem by impeding the prevention of diseases, their detection and treatment in its initial stages, with all the risks for public health that this entails; what also can cause higher costs to the health system than the alleged savings claimed by the then government party. In addition, many health professionals refused to stop treating undocumented immigrants, citing ethical conflicts, placing these professionals before disobedience and disrespect before the law. Several regional governments joined this opposition, refusing to eliminate this benefit in their territories, criticizing the measure as exclusively ideological without real impact on public health budgets.

A recent study led by Dr. David Bloom at the Harvard T.H. Chan School of Public Health (United States), which has been published in the Science journal, concludes that universal healthcare, recovered just a few weeks ago in Spain, has benefits that go beyond the obvious effects of improving health, as it helps to increase productivity, whilst reduces economic and social inequalities. "It is difficult to think of an aspiration that reflects and contributes to human progress more than universal health," researchers say.