Update on the Multi-Financial Framework 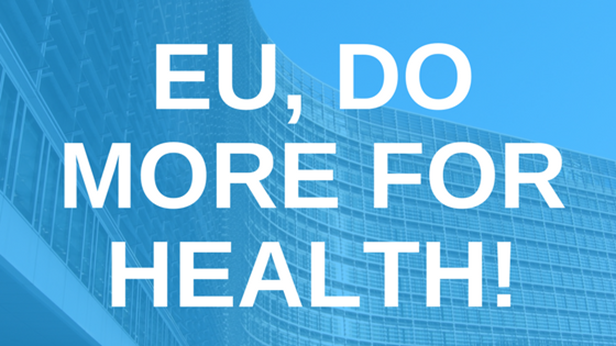 The Multi-Financial Framework (MFF) is not the budget of the EU, but rather a long-term planning that influences both the political priorities of the EU, as well as the budgets that are adopted every year. It is divided in different topic-related areas or fields (headings), and it lays down the maximum amounts (ceilings) that can be spent both per heading and in total. The MFF is proposed by the European Commission, consented on by the European Parliament and adopted with anonymity by the European Council. A certain level of flexibility is part of it and special instruments are put in place for the EU to be able to react to unexpected events.

The MFF is a very general and broad framework without too many details about the specific ways in which funding will be allocated and used. In that context, different programmes are adopted in various policy areas. Many of those programmes are cross-cutting, making them interesting files to follow for different actors. The European Patients’ Forum has been following a number of those files in order to make sure that the needs of patients are appropriately reflected.

The Horizon Europe legislation establishes the new research programme of the EU (follow-up to H2020). Earlier this year EPF called for certain improvements to the programme. In the meantime, we have been working with supportive Members of the European Parliament (MEPs) in order to achieve this. Although not all our concerns were tackled, many of the ideas we supported can be seen in the amendments that were proposed. The responsible parliamentary committee (Industry, Research and Energy (ITRE)) must now vote on the proposal before being put to a vote in plenary session. Dates will be communicated in our next update.

Another file within the MFF framework that EPF has been following is the European Social Fund Plus (ESF+). When the Commission proposed the legislation, we reacted welcoming the merging of social and health funding – as a promising step towards ending silos in our sector. At the same time, we raised concerns about the budget allocated to health strand of the programme. The Parliament decided to split the competences of the file so that the employment (EMPL) committee is dealing with the biggest part of the dossier while the environment and public health committee (ENVI) will focus on the health strand. Amendments on the original text were presented last week and many are in line with EPF’s line of thinking (including the doubling of the health budget). It remains to be seen what support those amendments will receive.

Most likely, we will have a definite answer to those points (at least from the Parliament’s side) before the end of the year - then the Council will have their say on the topic. In the meantime, EPF will continue key advocacy work in cooperation with our members.